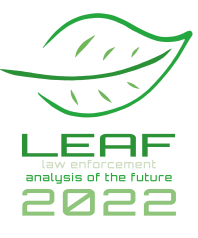 Marcin Wojtysiak-Kotlarski is a professor at the Warsaw School of Economics, with which he has been associated for more than 28 years, first as a student, then as a lecturer. He is involved in teaching and supervising the theses of students and doctoral students. He carries out numerous research works and performs a number of roles of an organizational nature. He is head of the Department of International Strategy at the Institute of Management within the College of Management and Finance, SGH. From an early age, he has been passionate about the geography of the world, the beauty resulting from its economic, social, cultural diversity. While conducting scientific research, he is interested in the world economy, including in particular the world of companies competing in the global market. His scientific interests are multidisciplinary, pursued at the intersection of economics and management science. He has conducted research and published mainly in the following areas: theory of the firm, strategic management, globalization of business, megaproject management, and modern entrepreneurship and the world of start-ups. He is the main initiator of the “Mazovia as a gas pedal of global businesses” grant, which won the Gospostrateg III competition funded by the National Center for Research and Development. This is currently the largest project underway at SGH in consortium with the Marshal’s Office of the Mazovian Voivodeship and the Warsaw Stock Exchange. A team of about 40 researchers from Poland and the United States is working on the project, which is constantly evolving. Marcin Wojtysiak-Kotlarski is also interested in business school management. At SGH, he manages the projects of the two most important international accreditations for business schools, namely EQUIS and AACSB.